This all started with Jason Bateman. It was one of those pivotal moments in life, that you don’t realise will change everything, but when you reflect later you can say ‘yes… that was the moment’. Jason, I hope you realise what you started.

I saw a trailer for a film the other day. No idea what that film is still, but it has Jason Bateman in it. It caused me to think ‘Yes, I do rather like Jason Bateman. Whatever this film is, I shall probably see it because I like him. I wonder what my colleagues think.’ Turns out they are not fans. As other members of staff came in, the Jason Bateman conversation continued. Who liked him, who didn’t and why… turns out Mr Bateman is a controversial subject!

Then, of course, you find the people who simply reply ‘Who?’. Cue an IMDb jaunt. Which lead us to a list titled ‘Vote for the sexiest men’. As we scrolled through, we were up in arms about who featured on this list.

Just days later, my newest copy of my film magazine subscription arrived. I bought it with me to work with the anticipation of reading it on my break. My managers flipped through it and struck upon a list of the top 50 hottest actors and actresses… and again, we were horrified about who topped them, and who rated lower than some, quite frankly, atrocious choices.

So I’m putting forth my list. Challenge it. Argue it. That’s what these lists are here for.

25. Hugh Grant – His foppish English charm is hard to deny, but it was his involvement in the Leveson Inquiry that has earned him a place in my top 25. Every girl loves a man with morals.

24. Eli Roth – It’s the way he wields the baseball bat in Ingluorious Basterds. His own films being quite so… disgusting makes him a bit more attractive too.

22. Christian Bale – The man is a massive twat, but that doesn’t mean I don’t want to get with Batman.

21. Edward Norton – Having seen a few of his films recently, I’ve developed quite a soft spot for the man.

20. Jason Bateman – The man who started it all. As I put it to my manager… I get the warm fuzzy feelings inside for him.

19. Paul Rudd – The man makes me laugh. A lot. Until I cry. And he’s kind of attractive in an unconventional way too.

18. Clive Owen – Possibly the worst actor ever. He even has fewer facial expressions than Kristen Stewart. But hell, he’s hot.

16. Tom Hardy – He’s just so very attractive. Especially in a cardigan in Lawless.

15. Stellan Skarsgård – I know I shouldn’t, and it should be his son Alexander on this list, but he is so very attractive for an older man.

14. Jason Segel – What I love the most about Jason is how normal he is. He’s a bit disgusting and very similar to a few guys I know.

13. Daniel Brühl – His innocence was simultaneous made and shattered in Basterds to great achievement.

11. Jeremy Renner – I thought the Avengers was hot enough already, then they added Hawkeye. Hawk just makes him sound even more awesome.

10. Liam Hemsworth – The Hunger Games, The Last Song…Films made instantly better with his face in them. Plus he’s Aussie, which is a billion points bonus. 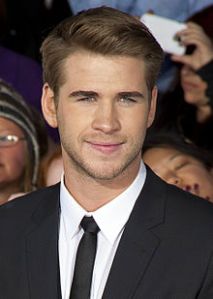 9. Bradley Cooper – He’s just so… yummy. In everything.

8. Ben Affleck – He doesn’t appear on these lists anymore, but, like a fine wine, I think he’s just got better and better with age.

7. Nathan Fillion – A God amongst the Sci-Fi stars, he’s cheeky, funny, and incredibly fit. See that episode of Firefly when he gets his kit off. 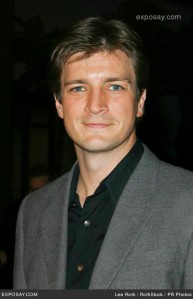 6. Sam Rockwell – Oh Sam, how I love you, and how most people reply ‘who?’ Your dancing makes me happy, but your face even moreso. Please be in more films.

5. Colin Farrell – Oh, what does Colin not have? He has a beautiful face, wonderful arms, abs to die for and his incredible accent. He could read his grocery list to me and he’d still make me swoon.

4. Christoph Waltz – I inappropriately fell in love with Christoph in Ingluorious Basterds, and I fell even harder for him in Water for Elephants. Maybe I just love the bastard in him. With him playing with his beard in Django… I’ll be fantasising in the corner now. 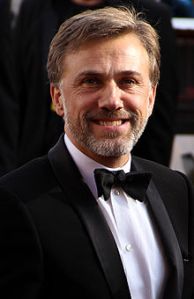 3. Steve Rogers – I spose he’s a fictional character rather than an actor, but I don’t love Chris Evans, I love the 1940s super soldier with old fashioned ideals…

2. Ryan Gosling – Ryan… oh Ryan. He’s the perfect gentleman, with amazing abs. And he has that biting edge since Drive and Gangster Squad. He’s got all the charm of the aforementioned Captain, but he’s got the edge too. Just a shame about his less than manly voice. I’m sure I could find him something to do that doesn’t involve talking…

1. Javier Bardem – Oh, how he makes my knees go weak. The way he says ‘passport’ in Eat, Pray, Love… the way he “interrogates” James Bond in Skyfall… Oh Javier, I’ll always choose you.

25. Meryl Streep – I can only wish, hope, pray and cross my fingers and toes that I’ll look half as good when I’m her age.

24. Olivia Wilde – She’s a little on the skinny side, but she has a very pretty face to make up for it.

23. Natalie Portman – Same applies, terribly skinny, but man, her face is wonderful. Though sometimes she has the same vein as Julia Roberts… massive turn off.

22. Helena Bonham Carter – She’s batshit crazy, but it kind of works on her.

21. Isla Fisher – She’s cute rather than stunning, and she has a very pretty nose.

19. Martine McCutcheon – Her relationship with Hugh Grant in Love Actually is actually lovely.

18. Emma Watson – We all watched Emma growing up, waiting for the moment when it wasn’t wrong to find her attractive.

17. Jessica Alba – She has some curves, but not enough, and a very beautiful face.

16. Maggie Gyllenhaal – Her brother didn’t make it on the actors list, but her face is stunning.

15. Katie Holmes – No idea how Tom Cruise bagged this hottie for so long. She’s way out of his league… and mine. I’ve no hope for the next 14!

13. Hayden Panettiere – She’s rocking the girl next door look too, but she’s somehow a little hotter than Kirsten.

12. Anna Kendrick – She’s that unconventionally pretty girl. Everything I see her in, I just like her more and more.

10. Zooey Deschanel – She has beautiful big eyes and she is quirky in a very cute way. 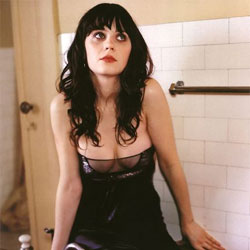 9. Rachel Weisz – How Daniel Craig got this girl, I’ll never understand. She’s so beautiful in such a sophisticated way. I can only wish to be as amazing as her. 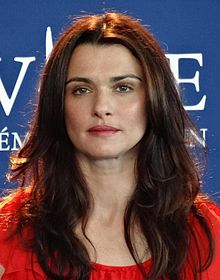 8. Diane Kruger – As with plenty of men on my list, I fell in love with Diane watching Ingluorious Basterds. Her German was amazing and really quite sexy. The scene with her and Christoph in the office… if you’ve seen it you know… is just magnificent.

7. Kate Winslet – She’s curvy in all the right places, and she never lost her wonderful British accent. Much like Ben Affleck, she’s just got better with time. 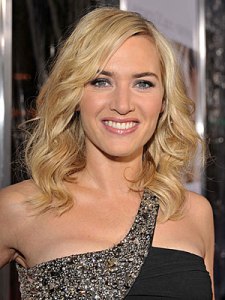 6. Emily Blunt – The Five year Engagement. Her saying ‘babe’ just made me kind of melt.

5. Emma Stone – She was on my radar since Easy A, but it was her as Gwen Stacey that really sealed the deal. 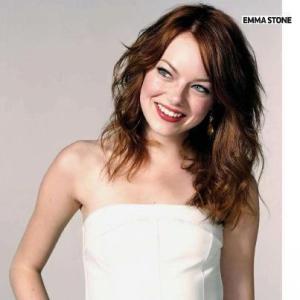 4. Jennifer Lawrence – She’s so hot as the independent and strong Katniss in Hunger Games, and she has an amazing arse. 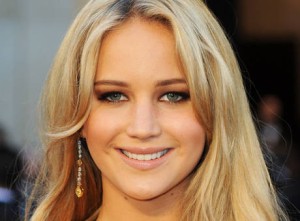 3. Drew Barrymore – I’ve had a crush on Drew since I can remember. If I wasn’t going to be her, I at least could admit that she was hot. In an oddball way. I love that her and Sam Rockwell get it on in Charlie’s Angels. That’s a hot couple if ever there was one. 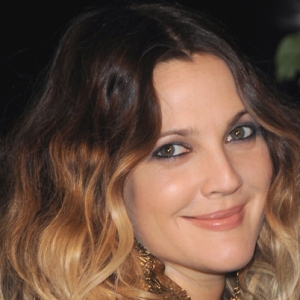 2. Mila Kunis – Come on girls, even we can admit the lesbian scene in Black Swan is smoking hot. Mila being a guys girl is exactly what I wish I was. She’s so hot, and her eyes are amazing.

1. Scarlett Johansson – She is the perfect woman. She has insane curves and a bum everyone coveted in Avengers. But if you’re not a bum person, she has the perfect rack too. She can sing and she can act. She’s utterly stunning. How is she not on the top of everyone’s list? 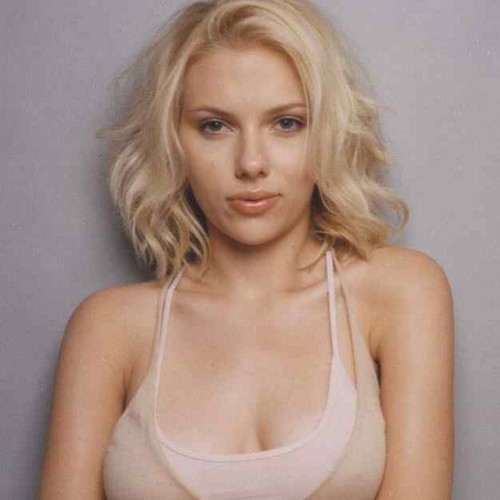 So that’s my foray into the listing stunning celebrities. I’m sure you’ll all disagree with me violently. My decision to cut Hugh Jackman, George Clooney and Brad Pitt is of course up for debate. But I stand by my choices.