Can I start by wishing you a very Merry Christmas, whatever that might look like to you.

Last Christmas, I gave you my heart I attended a carol service that brought me back to God – the year before, I’d been involved in a horrible accident and I’d been a bit distant from God, as I’d been asking him why he’d let that happen to me, and allow me to suffer so much. But I’d stumbled across Hillsong Church in Guildford, and heard about their upcoming carol service in Wembley Arena. So I’d bought a ticket, and I went along.

This doesn’t sound like that big of a deal – but I had been suffering with anxiety for a year and couldn’t bear going anywhere new on my own. I’d had panic attacks about leaving the house, and a week before, I’d had a huge panic attack in a shopping centre in Bromley. There were too many people and I couldn’t find the exit and I suffered a major panic attack.

Going to Wembley for a busy service on my own felt really daunting, but I had told myself I could leave at any point. I managed to get there early, fit in a bit of shopping in the outlet shopping nearby and grabbed some food. I then experienced the most amazing carol service I’d ever seen (I was still coming to terms with the fact that this was church). This sounds like a normal thing to me now, but at the time, I was consistently amazed by every step I took that I was okay. I felt normal again, just for one day.

At the end of the service, the pastor prayed for everyone – for those feeling lonely (I’d moved home and had no friends anymore), for those struggling that Christmas (see above), and for those who needed healing (I still had significant back pain and was battling with aforementioned anxiety and depression). I prayed with him that God would meet me in all those needs.

This time last week I was at Wembley Arena – getting ready to pastor a team at that same Christmas Carols service. We’re a fortunate church, in that we have the size and capacity to fill Wembley Arena 3 times over every year at Christmas. We have a saying: “Can you believe we get to do this?!”

The show we put on was amazing – the video to the live stream of the 7:30pm service is embedded below, if you would like to watch it.

At the end, Pastor Gary Clarke prayed for everyone in the room – in the same way he had the year before. 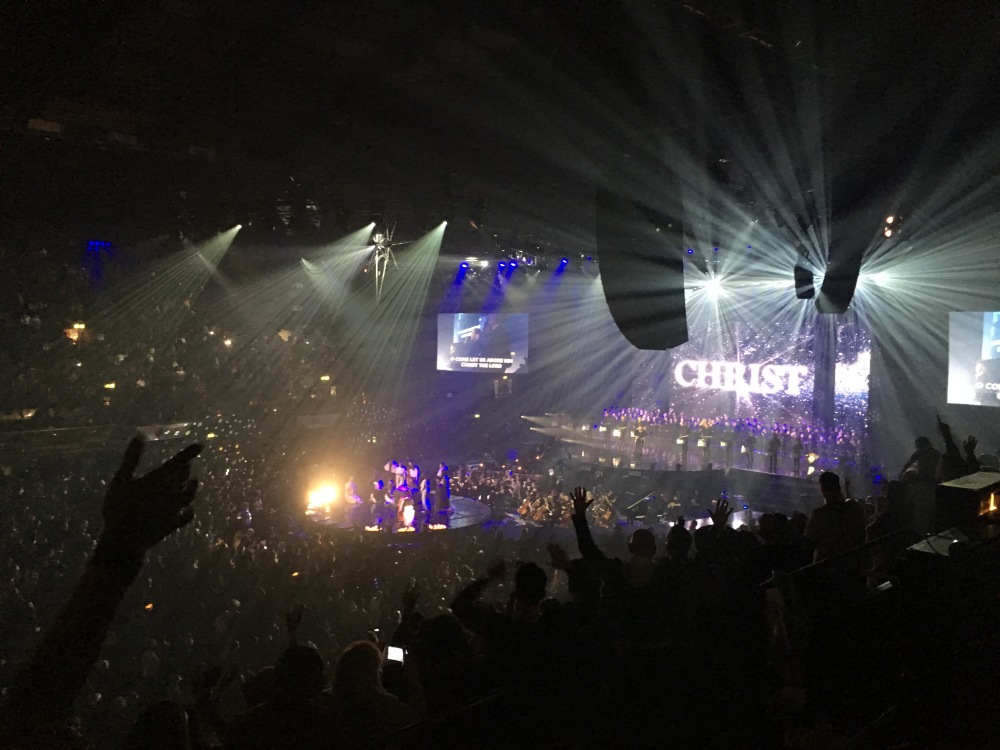 This year has been a whirlwind for me. So much has changed, but my circumstances look much the same. I’m unemployed again, still suffering with back pain and depression, and I’ve made another big move.

But I’m healed of anxiety – the last panic attack I had was the one I mentioned above in Bromley. I have moved to Surrey and joined Hillsong Church in Guildford and I have an incredibly supportive church family as a result. I did return to work, and discovered a career path that isn’t suited to my injuries – which I had to leave as a result. I’m in a better place in my relationship with Jesus too – I’m starting to see the bigger picture and that he’s doing some incredible work in my low points.

I even went Christmas shopping on Oxford Street a week or so ago – and I reflected on how far I’ve come in a year. On paper my progress looks small, maybe even a backwards step with how my work life looks, but I know I’ve made giant leaps in other areas of my life.

I’m excited to spend Christmas at home with my family, and I’m dog sitting a gorgeous Spaniel for the holidays (which is great fun). I’m truly blessed to know Jesus and the love he has for me, and to know that he is constantly working things through for me. He really has got my back.

Forgive my reflective mood – it happens this time of year!